The story of the prodigal son is really important for us. It’s really important because it shows us just how good our God is. Slow to anger. Abounding in grace. Loving endlessly. Compassionate. Awaiting us with open arms always.

This parable tells of a man with two sons, to which he planned to give a share of his estate to when he died. The younger son asks for his share early and travels to a distant country where he spends all of his money. Then, a famine struck the country he’d traveled to, leaving him with nothing. The son, out of desperation, decided to go back to his father and he said:

“Father I have sinned against heaven and in your sight. I’m no longer worthy to be called your son.”

Has this ever been you—after realizing that you’ve wandered away from God? Feeling guilty for what you’ve done or shameful for trying to go back to Him? Not feeling worthy? The truth is, we are often just like this son. When we mess up, we don’t know how we could possibly be forgiven. We burden ourselves with shame and self-hatred; but something we often fail to acknowledge is that God doesn’t want us to carry this weight when we mess up.

“His father saw him and was filled with compassion. He ran, threw his arms around his neck, and kissed him.”

The thing is, God doesn’t see us as we see ourselves. He doesn’t care what we’ve done or where we’ve been. He just cares that we come back to Him. He is not a Father to put His children to shame; He meets us where we are with grace and compassion and love and joy. He embraces us.

“‘Quick! Bring out the best robe and put it on him; put a ring on his finger and sandals on his feet. Then bring a fattened calf and slaughter it, and let’s celebrate with a feast, because this son of mine was dead and is alive again; he was lost and is found!’”

The father not only accepts his son, but treats him as if he were a king! Simply because he came home.

Something that really strikes me in this verse is “this son of mine was dead and is alive again.” This paints a really important picture that as followers of Christ we must come to terms with: apart from God, we are nothing. We are dead. True life is in found in Christ, and when we stray away, we aren’t really living. We may be breathing, eating, going about our day-to-day lives, but if it is not with God, it’s not life as intended by the Father. That’s why the father in this story says again. When the son was at home with his father, he was alive. When he went away, he became dead. Thus, upon his return he became alive once again. It’s the same with God. However, even though we wander away, and we will because we’re all broken, we can always become alive again. We can always come home to our Father who is ready to sprint to us and accept us as we are. We may stray away a million times, but God will never think anything less of us. He just wants us home with Him!!!

We have to make the choice to abide in him each and every morning. It’s our choice to say “I want to come home to God today” or “I’m going to put my faith on the back burner because I’m really busy today.” Life apart from Christ is really empty and unfulfilling. I’ve been there. But, we have to remember that God doesn’t want us to pick and choose days to abide in Him, He wants us to abide everyday to the best of our ability, even though we will fail sometimes. He doesn’t want us to live dead lives on Earth, He wants us alive with Him! Alive in His grace, love, compassion, and peace. 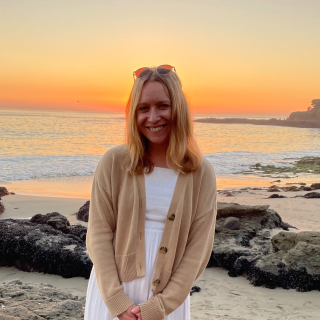